The Facts About The Petition Signing 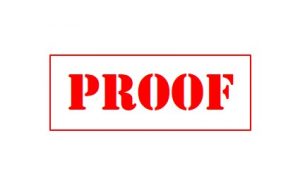 Mayor Paris has repeatedly accused Council President Catrambone of forgery, claiming that Catrambone signed Mike Schwartz’s petition while Mike was in a coma in the hospital. (He is trying to substantiate that with tape recordings that he made without advising the people he was taping. ) The tapes are of Mayor Paris and Michael Bohn, the Democratic candidate that recently lost the primary to the party-endorsed candidate, talking about what Bohn claims he was told.

Mike Schwartz signed his petition to run for reelection, in his kitchen with his wife and Gary Catrambone, who was there to notarize the signature. Those three were the only people present.

All three of them signed affidavits swearing that it was Mike who signed the petition. He was not in the hospital. It was the afternoon before a Special Budget Council meeting that Mike attended on February 18, 2014.

Want proof? Below are the minutes of the meeting he attended that night, the petition he signed that afternoon, and Mike, Phaedra and Gary’s affidavits swearing in front of a Notary Public at the TD Bank in Delran that it was Mike Schwartz that signed his petition.

For the record, the reason that former Councilman Schwartz’s signature is different from the signature on his 2010 petition is that during his first term in office, he, unfortunately, lost his vision.

Hearsay, secretly recorded tapes, and wild accusations are all attempts to distract us from the fact that there is another ethics investigation underway of Mayor Paris’ business partnership with the man who was sitting across the table from him for years while the Stellwag negotiations were ongoing.

Your email address will not be published. Fields marked * are mandatory.